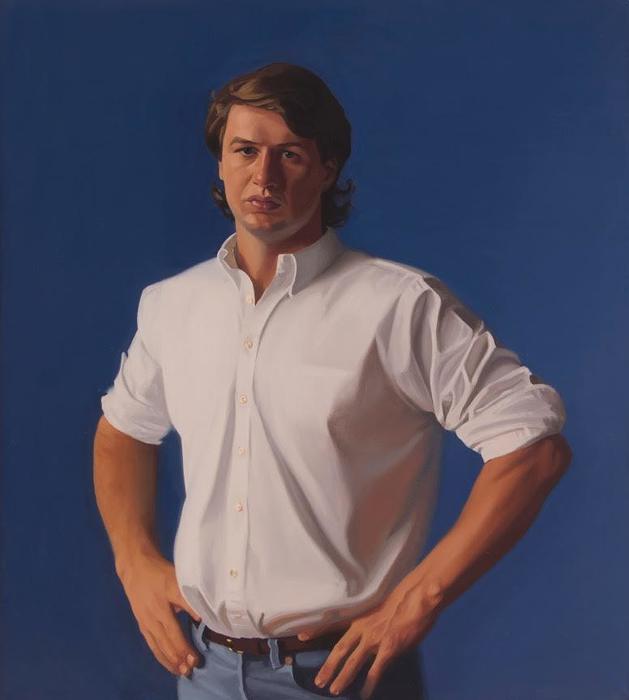 I had the pleasure of meeting and painting Roland von Metzsch , a former football player and recent graduate of Princeton, on commission for his father, Ernst, who has been a champion for the arts for years.

Roland was quite large at the time; he’d just graduated Princeton and had been a guard on the football team.  He was big.  He kept putting his large hands on his hips, arms akimbo, and I eventually asked him to stand that way.  He did and I painted him that way, an imposing presence.  He was very patient as I worked hard at painting him from life.

Years later,  looking at this painting with the great Spanish painter Antonio Lopez Garcia, I mentioned that I wasn’t very good at putting cool colors in the skin, like veins and all. I mentioned that I heard from a teacher that Titian said there needed to be viridian in the skin.  (Viridian is an intense, cool blue green.)  He was shocked to hear that and asked indignantly who had told me that, that Titian would never have said that. Of course I backed down, since it was secondhand information. But I’d still like to find out if it’s true.