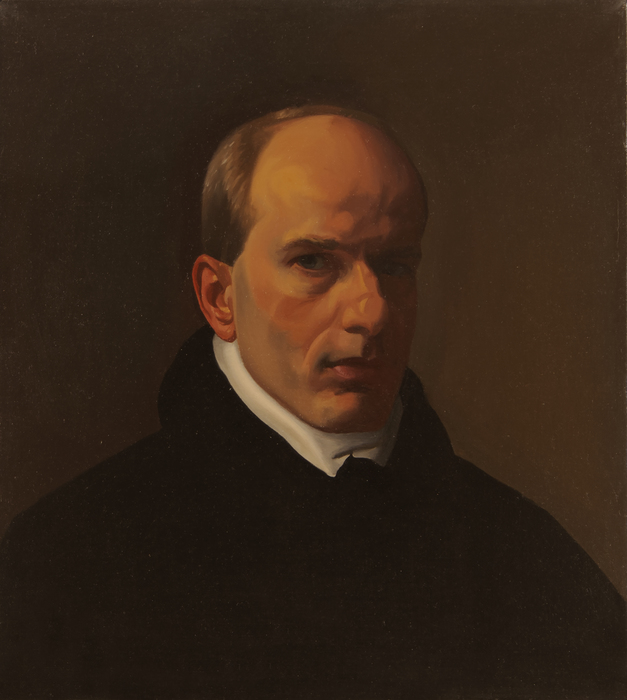 I had the tones already mixed and on my palette when I got back to the studio from painting Luis de Gongora at the MFA. So I decided to use the same lights, middle values, and darks on a self-portrait.

After all, I had a bald head, too, and could put the same look on my face as de Gongora. If anything, I may have mixed the self-portrait colors too dark, but it was fascinating to apply the same palette to my own head, and perhaps go through similar steps as Velázquez went through. Interestingly enough, we don’t have any early self-portraits or portraits of his young wife by Velázquez, only the later, highly skilled self-portrait in the mirror of Las Meninas in the Prado.