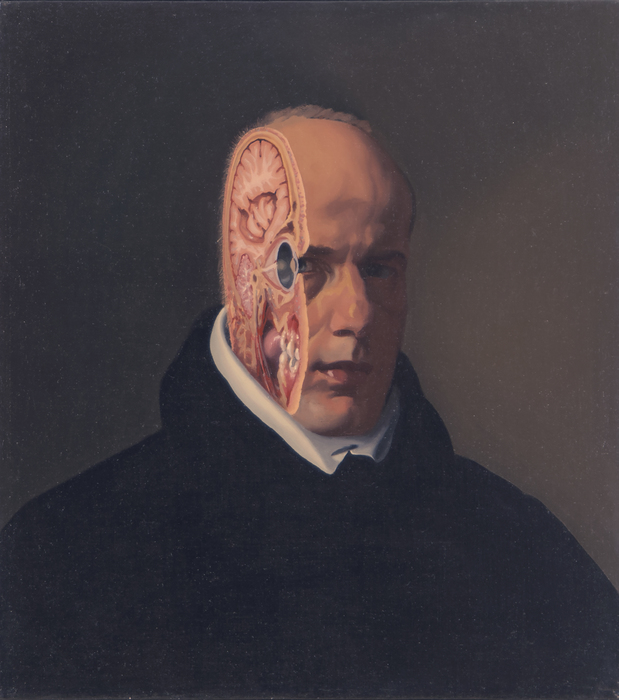 Midway through my self-portrait, I was making a Japanese meal with yakisoba, which called for chopped red cabbage. Slicing through it revealed an intricate web of color and pattern which reminded me of a brain. I did a painting of it.

I thought of my head as a head of cabbage. What would it look like if one were to slice through the middle of my head? More interestingly, what if I didn’t slice it right down the middle, but rather through my front eye? So I used a beautiful anatomy book Zoe had of photos of cadavers and estimated what it would look like at that point and made the cut. Of course I looked at many photos and MRIs and images, but after all is said and done, I was making my best guess, as with so many of my pieces.