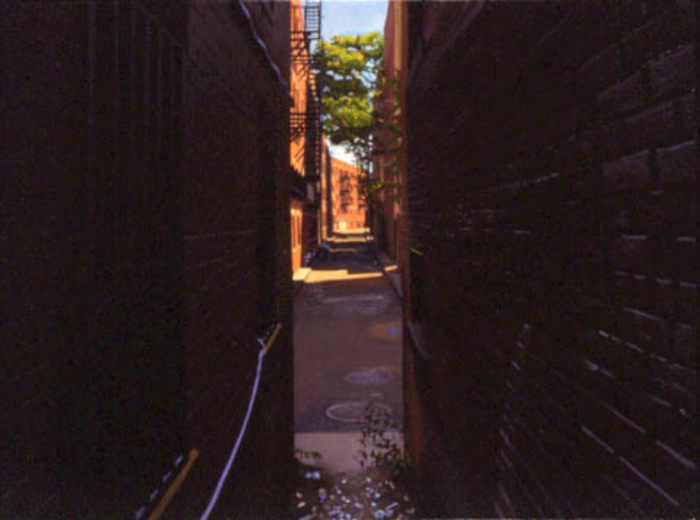 I found this little nook behind my mother-in-law’s building and was struck by the unique view it afforded.

I usually set up the easel so that I am facing my subject. But I couldn’t here, because the canvas would be in the dark. I had to place the canvas behind me, so it would have light on it. I had to look at the alley, remember what it looked like, then turn around 180 degrees and render that on the canvas facing the other way. Also, there were people in apartments behind those windows beside me. I was afraid they would call the police about the person in their alley. But it was a public passage… I figured I had as much right as anyone to be there. Lastly, I remember some afternoons seeing people walk down the alley. It wasn’t very populated, but I began to notice a woman and a young child walking down the alley at similar times in the afternoons. I believe the woman was looking for soda cans and bottles; this was part of her route, and the young child was along because there was no one else to watch her. She was collecting bottles for the nickels from the bottle return.