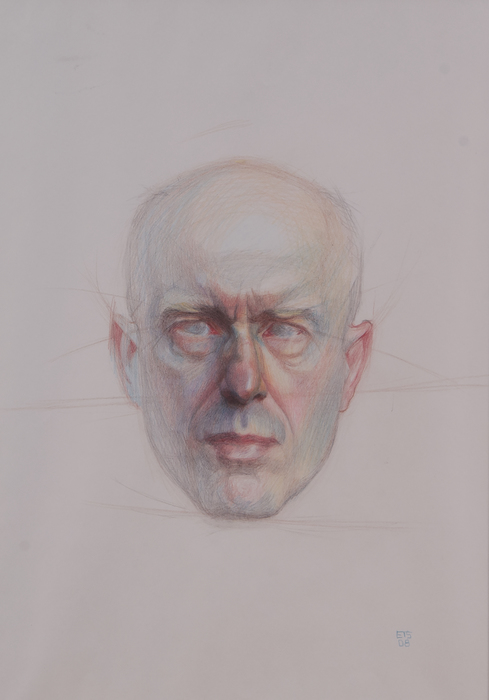 Self Portrait of Broken Nose -  is LOST!

Coaching my son wrestling, I encouraged another boy to try to pin me, and his knee met my nose and broke it, bloodying it and deviating the septum even more than it was before.

It had been broken and my eye had been blackened numerous times during wrestling in high school and college. But here I was, 50 years old! So, just as Lucien Freud stopped his routine to paint his black eye, I drew my broken nose... but just my nose is delineated... the rest is suggestion. Oddly, the image is better with less information, not more.

This drawing is currently missing! A lost or stolen police report has been filed in Boston and Brookline to establish my ownership. Anyone with information regarding its current whereabouts should contact me directly.