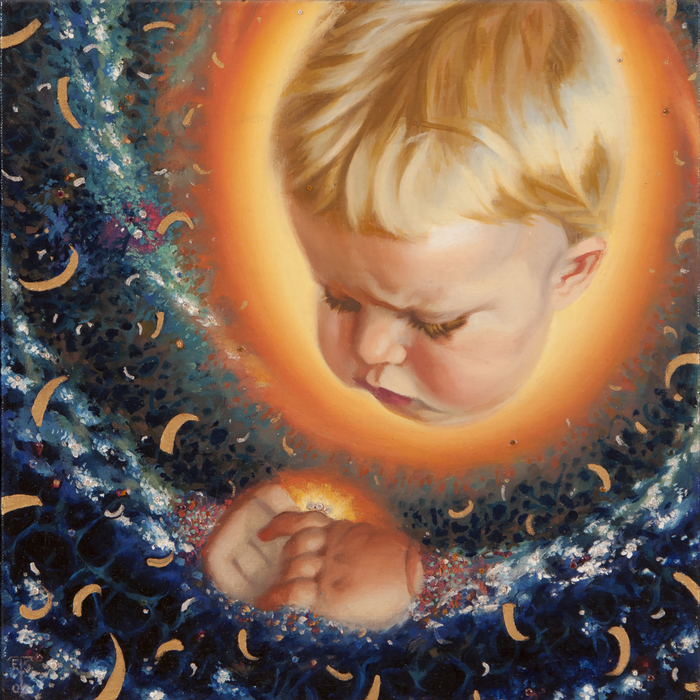 Since Audrey was now older (about four) I needed real baby cheeks to paint for the big cheek on Audrey: Life in the Universe.  NO one had chubbier cheeks than my son Bobby, so I used Bobby's.

But I also began to think of him and his life in the universe, and his unique quality of observing small things carefully.  Each child has his or her own personality which one notices along the way.  Audrey was immediately interested in everything going on in the room... eyes wide open.  Bobby was cuddly and sensitive, laying his head on our shoulders when we held him.  He also would observe little objects very closely.  We'd watch him to make sure he wouldn't put things in his mouth.  After my student Jan Mahony held him for a photo session, I chose the photos that fit these ideas best and used them.